Situated midway between Fort Collins and Denver, both less than an hour away, and with spectacular views of the Rocky Mountains, it's no surprise Firestone has experienced one of the fastest growth rates in the state over the last decade.

The Town of Firestone is a Statutory Town in southwestern Weld County, Colorado, United States. The town population was 16,381 at the 2020 United States Census. Firestone is a part of the Greeley, CO Metropolitan Statistical Area and the Front Range Urban Corridor. “A Community In Motion”, is a fitting motto for Firestone, Colorado, who’s populated was estimated to grow to over 16,000 in 2020, up from 10,147 in 2010. It’s located conveniently about halfway between Greeley and Denver, in-between I-25 and US-85. Firestone resides at 4,970 feet in elevation in Weld County. It was incorporated on October 8th, 1908 and got its name from a local landowner, Jacob Firestone.

Homes for Sale In Firestone, CO

Homebuyers have plenty to choose from in Firestone. Firestone's home choices are diverse and range from affordability in newer homes as well as modular and manufactured homes. The surrounding agricultural influence makes Firestone a great place to purchase acreage and horse property. Firestone's proximity to the I-25 corridor offers opportunities for commercial and industrial growth for businesses.

Looking for horse properties in Northern Colorado? Firestone is a great area to find homes with acreage for horses and other livestock animals. Real estate investors also turn to Firestone for ACREAGE PROPERTIES.

The area has excellent spaces and the ideal conditions to support the ownership and development of horse farms and ranch lands. Explore houses and condos for sale in Firestone, CO with Kittle Real Estate. Call 970-460-4444 or 970-325-6444 or drop an email at [email protected].

Included below are homes for sale in Firestone. If you would like more information on any of these Firestone real estate listings, just click the "Request More Information" button when viewing the details of that property. We can provide you with disclosures, past sales history, dates and prices of homes recently sold nearby, and more.

And, if you haven't already, be sure to register for a free account so that you can receive email alerts whenever new Firestone listings come on the market.

Traveling across these neighborhoods is very easy, thanks to the many different options available. Public transportation includes several route stops throughout the city. There are also buses that operate on compressed natural gas or bio-diesel.

Firestone is located within the St. Vrain Valley School District which prides itself on offering top-notch educational opportunities for today’s youth. The district’s comprehensive website provides excellent details on the schools and district administration.

Below are a list of schools in the District:

According to the 2000 census, there were 621 households in which 44.0% had children under the age of 18 living with them, 67.8% were married couples living together, 10.0% had a female householder with no husband present, and 19.0% were non-families. 13.8% of all households were made up of individuals, and 2.6% had someone living alone who was 65 years of age or older. The average household size was 3.07 and the average family size was 3.41.

Things to do in Firestone

Firestone has a plethora of existing and planned parks, trails and open space. In the Firestone Master Plan, parks and trials have been identified for the Town's entire potential urban growth boundary.

Firestone has a great selection of libraries. Wherever your interests lie you'll find a multitude of genres that include Comics, Mystery, and Suspense. Make some time to improve your vocabulary at Norlin Library. There are several museums and art nearby. Enjoy art as it should be experienced at Museum Collections - Bruce Curtis Buildi. Going to the museum promotes creativity and intellectual curiosity, so maybe check the events schedule at Longmont Museum and Culture Center, or possibly Meeker Memorial Museum.

Cheyenne County Fairgrounds is relatively easy to get to and always has events scheduled that appeal to most everyone. Even when the fair is not in town there are always lots of economical family things to do. From livestock auctions to boat shows and cultural exhibitions the local fairgrounds near Firestone are great for finding stuff do do. Firestone has a several local county parks and great recreational areas for families with kids. Visit Lanyon Park or maybe stop by Lafayette Public Library, or the scenery at Northern Lights Ball Fields. When you want to get outside in Firestone locals suggest experiencing beautiful scenery at Roosevelt Park.

The Town of Firestone, named after Ohio investor Jacob H. Firestone, was established in 1908 to support local coal miners and their families. On May 27, 1907, the Denslow Coal and Land Company dedicated a perpetual right of way to the public, forming the boundaries of the Town. Denslow Coal and Land had purchased 160 acres of land from the widow of Thomas McKissick of McKissick Mine.

Later that same year, Ohio investors bought Denslow out and started the Firestone Coal Company, establishing the Firestone coal mine.

Today, the Town of Firestone offers residents the charm of a small town along with easy access to the Rocky Mountains, front range communities, parks, trails, schools, community events and more.

“A Community In Motion”, is a fitting motto for Firestone, Colorado, who’s populated was estimated to grow to over 16,000 in 2020, up from 10,147 in 2010. It’s a statutory town located nearby the South Platte River on the northern front range.

Situated midway between Fort Collins and Denver, both less than an hour away, and with spectacular views of the Rocky Mountains, it's no surprise Firestone has experienced one of the fastest growth rates in the state over the last decade.

Five coal mines operated in Firestone until 1947, when all of these mines closed. During its production, Firestone’s Grant Mine produced over two million tons of coal, enough to fill a coal train for 200 miles. The train track bed that carried Firestone’s coal was decommissioned with the mines, and it was transformed into the 12-mile-long Firestone Trail. This trail runs from Settler’s Park to Coronado Park, connecting many neighborhood and regional parks, the St. Vrain Legacy Trail, and the Colorado Front Range Trail.

The original plat, or plot of land, encompassing the Town ran north up to Grant Avenue, east to Fourth Street, south to McClure Avenue and west to First Street.

Firestone was the third coal mining town compromising a trio of towns northeast of Erie, along with Frederick and Dacono, and commonly referred to as the Tri-Towns or the Carbon Valley.

On Aug. 29, 2009, the Firestone Board of Trustees hosted a dedication ceremony for the Firestone Centennial Clock, time capsule and associated brick plaza area located at the Jacob H. Firestone Memorial Park.

This project was inspired by Trustee Paul Sorensen, who put forth a tremendous effort to commemorate Firestone.

The brick plaza area is made up of individual brick pavers, which identify the names of many of the project’s supporters. The time capsule is scheduled to be opened in 2059.

Find Your Dream Home for Sale in Firestone, CO Today

Because of the many things offered by Firestone, it's easy to see why many love to call this town as their home in Colorado. With its  public school system, ease of transportation, and great things to do, you’ll easily fit right in and make a home in Firestone. You’ll never be bored with all the different activities available in the city, whether it’s an adventure-filled weekend, family adventure, or a night out in town. There is always something for everyone waiting in Firestone. Check out the available homes and condos for sale in Firestone, CO. Call Kittle Real Estate at 970-460-4444 or 970-325-6444 or send an email to [email protected]. You’ll find your next dream home in Firestone. 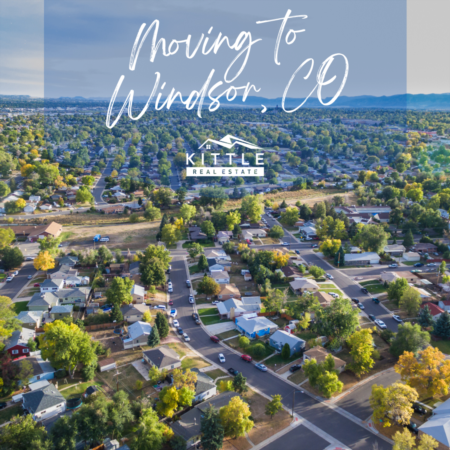 Moving To and Living In Windsor, CO [2022 Edition]