Back to Blog Posts
Prev Next

Fort Collins based Kittle Real Estate has developed a program called Kittle Cares and has utilized that program to give nearly ten thousand dollars to Northern Colorado charities within its first six months of operation.
On March 1st, The Kittle Team severed their ties with Coldwell Banker and became an independent entity, opening its doors in the historic Mosman House on East Oak Street in downtown Fort Collins. “Being out from their umbrella has allowed us to call our own shots. One of the first things we wanted to do was to find a way to give back to our community.” Owner Rob Kittle offered on why he started the Kittle Cares program.
The Kittle Cares program gave over nine thousand dollars to a dozen selected charities and sees that number going up dramatically over the coming months and years. “We set a lofty goal for the first year. We may not get there but we are thrilled with how rapidly the program has taken off. We didn’t know what to expect, but the first six months, wow.” Rob Kittle said when asked about the program.
Charities such as Homeless Gear appreciate the help stating “(The Donation) means supplies for a homeless family of three to survive the night, three months’ worth of fuel for Street Outreach, and more than 70 non-perishable, easily-consumable meals.” A representative of Walking it Out added “Thank you to Kittle Real Estate for partnering with us in changing our community one family at a time.”
For more information on the program or to see how you can help contact Jane Northrup at 970-308-5943 or visit www.kittlecares.com.
About Kittle Real Estate: Kittle Real Estate has helped over 2500 families find homes in Northern Colorado and they have been ranked the number one real estate team for the last three years by the Wall Street Journal. They are currently ranked #130 out of 1.1 million national real estate teams. 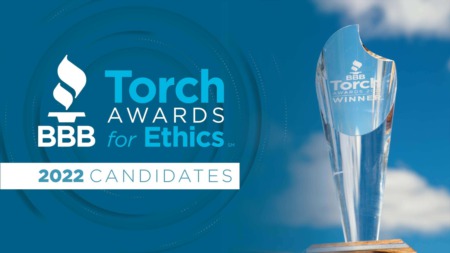 Kittle Real Estate is Named a Candidate for the 2022 Better Business Bureau Torch Awards for Ethics!

We are excited to share that Kittle Real Estate is one of eight businesses and four nonprofits from Northern Colorado and Wyoming to be named a ...Read More 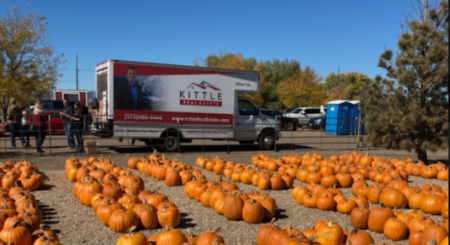 Thank You for Coming to the Kittle Real Estate Corn Maze Event!

We could not have asked for a better day for Kittle Real Estate's client appreciation event at Jack Lantern's Northern Colorado Corn Maze! Nearly ...Read More 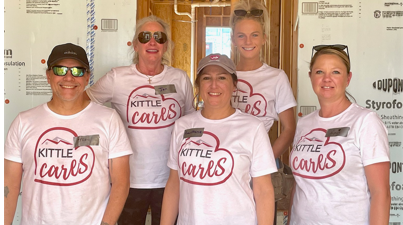 This week Kittle Real Estate swung hammers, drilled, installed windows and much more - all for a great cause! It was all part of our day volunteering ...Read More